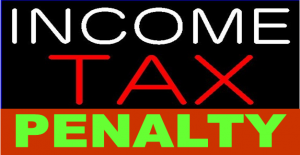 For 2011 individual returns, the IRS provided a six-month grace period for unemployed and self-employed taxpayers who experienced a significant reduction in income. For certain taxpayers who filed Form 1127-A, this grace period allowed an extension of time to pay, without penalty, until Oct. 15, 2012. The IRS has not extended this provision for 2012 returns.

In 2012, the Treasury Inspector General for Tax Administration (TIGTA) criticized the IRS about what TIGTA described as a lack of uniformity in applying penalty abatement, and specifically criticized the IRS for not facilitating access to the first-time abatement relief option for failure to file, failure to pay, and failure to deposit penalties. First-time abatement is an administrative waiver that many taxpayers qualify for, but that the IRS does not readily publicize and that practitioners often don’t understand or request. In 2013, look for more pressure on the IRS to provide a form to simplify the process of requesting all types of penalty abatement.